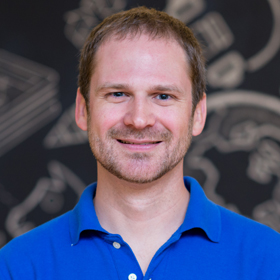 For six years, we've had a lot of fun partnering with SONIC Drive-In for their annual Limeades for Learning program. And now we're excited to add a new creative component to support this Fall's campaign.Last year, Oklahoma City-based SONIC announced a partnership with Oklahoma City Thunder superstar and 2014 NBA MVP Kevin Durant, known to his fans as KD. Together they, recently launched a campaign for SONIC’s new Kevin Durant Signature Candy Slushes, refreshing icy slushes that come in a variety of fruity flavors with candy mixed right in. KD’s own signature flavors are Blue Raspberry with Candy and Lemon Berry with Candy. Don't those sound good?To build off this momentous union and make a splash in a fun way, SONIC wanted to do something different. Something KD fans could appreciate, and something that only SONIC could do for them.While filming their first commercial together, an idea occurred to the SONIC team: what if we grab the actual slush Kevin Durant is holding in the ad and put it up for auction?That actual slush. Deconstructed. So that a bunch of folks could bid on a bunch of pieces of something that was once in the hands of KD.Inspired by the kind of memorabilia collected from Hollywood shoots, the SONIC KD Signature Slush Collection makes every part of the leftover Blue Raspberry candy slush KD had on set available to the world.In honor of KD’s playing number – 35 – the collection includes 35 of the best candy pieces individually encased in resin-like plastic along with KD’s signed cup, his straw and the actual slush liquid. Each individual piece of the slush is accompanied by a certificate of authenticity that includes a story about each individual piece, along with KD’s actual signature.Of course, we're excited that the auction benefits a cause near and dear to Mr. Durant and the folks at SONIC: supporting public school teachers. One hundred percent of the money raised from this auction benefits our Limeades for Learning partnership and supports classroom projects.So go bid, win a piece of KD history, and help make a difference in the lives of students in the process!

Kirk leads our work with school districts, state leaders, and education associations, helping them leverage our platform to serve their educational priorities and bring the most support to their teachers and students.

Find out how teachers are connecting with a community of donors eager to fund their classroom projects.
Get started
No items found.